The second stop on the Ringo Starr tour saw the band visiting the Bethel Woods Performing Arts Center, which is situated on the hallowed grounds where the original Woodstock festival took place, in 1969. Gregg Rolie, as you may know, performed at the original Woodstock festival as a founding member of Santana. Upon performing “Evil Ways” with Ringo’s band, Gregg told the audience, “the last time I was here, we played this song with Santana 43 years ago!”. Gregg is the only member of the All Starr Band to have performed at Woodstock. Here’s an excerpt from one of the reviews from the show: “He then took his familiar spot behind the other set of drums and turned the stage over to his All Starr Band. They did NOT disappoint. It was an evening of mega-hits with the other stars taking turns. Rundgren’s “Hello It’s Me” followed by Rolie recreating a song he played 43 years earlier on these same hallowed grounds – Santana’s “Evil Ways.” …”

Here’s a shot of Ringo and the Band standing on the grounds at the site of the original Woodstock festival (the stage for the festival was set up near the road): 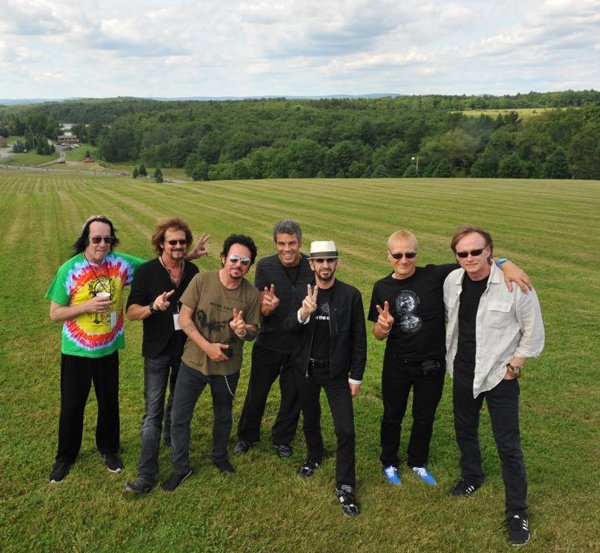