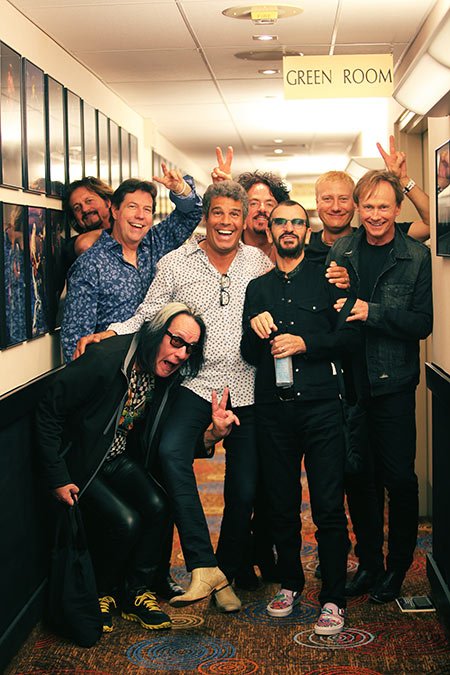 Ringo Starr and his All Starr Band – Steve Lukather, Richard Page, Gregg Rolie, Todd Rundgren, Gregg Bissonette and Warren Ham – announced new tour dates beginning on February 13 in Louisiana and then onto Texas, Birmingham, South Carolina, and Orlando before traveling throughout Latin America with shows in Puerto Rico, Dominican Republic, Brazil, Chile, Mexico and more. The tour continues through March ending with 3 shows in California in Santa Ynez, San Francisco and San Diego and a show in Las Vegas.

This incarnation of the All Starr band is the same line up he has played with since 2012, and the addition of these new dates comes as no surprise to anyone who has heard Ringo talk about this band, with whom he loves performing. “We have so much fun playing together , we don’t want it to end!” Ringo also loved touring in Latin America and said “the audiences were just great and so loving, we can’t wait to go back”.