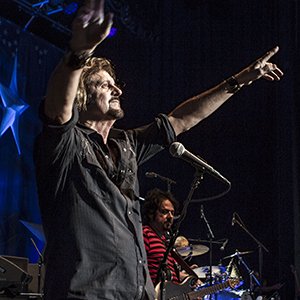 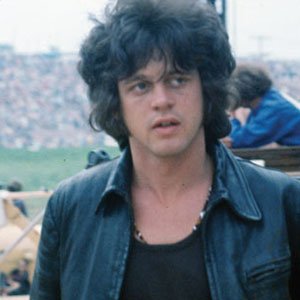 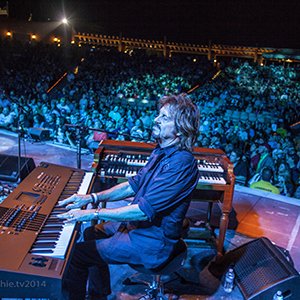 Gregg is a founding member of the bands Santana, The Storm, Abraxas Pool, and Journey, for whom he was the original lead singer. He currently performs with his Gregg Rolie Band. Rolie is a two time inductee into the Rock and Roll Hall of Fame with Santana and Journey.

Career
Prior to Santana, Rolie played with a group called William Penn and his Pals while attending Cubberley High School in Palo Alto, California, circa 1965. A year after graduating from high school in 1965, Rolie joined Carlos Santana and others to form the Santana Blues Band, which was later shortened simply to Santana. As a founding member of Santana, Rolie was part of the band’s first wave of success, including an appearance at the Woodstock Music and Art Festival in 1969 and central roles in several hit albums. He is perhaps best known for being their original lead vocalist, with his voice driving such classic Santana hits as Black Magic Woman (US #4), Oye Como Va, No One To Depend On and Evil Ways. He also became well known for his unique sound and groundbreaking work on the Hammond B3 organ, with classic solos on many of the aforementioned hits. However, persistent differences with Carlos Santana regarding the musical direction of the band led Rolie to leave the band at the end of 1971.

In 1973 Rolie joined a new band with ex-Santana guitarist Neal Schon; this became Journey. Starring in a lineup that featured Schon, Aynsley Dunbar, George Tickner, and Ross Valory, he was keyboardist for the band’s first six albums. On Journey and Look into the Future, he was lead vocalist, and on Next he shared those duties with guitarist Neal Schon. After Steve Perry joined the band in 1977, Rolie sang co-lead vocals on several songs on the albums Infinity, Evolution, and Departure.

After leaving Journey in 1980, Gregg released several solo albums, including the eponymous Gregg Rolie in 1985. This album featured the song “I Wanna Go Back,” which later became a hit for Eddie Money, and included contributions from Carlos Santana, Peter Wolf, Neal Schon, and Craig Chaquico. A second solo effort, Gringo, was released in 1987.

Rolie formed The Storm in 1991 with Steve Smith (replaced by Ron Wikso after the recording of the first album) and Ross Valory of Journey. The band also included Josh Ramos (whose guitar style resembles that of Neal Schon) and Kevin Chalfant (whose voice resembles that of Steve Perry). Similar to his work with Journey and Steve Perry, Rolie played keyboards and was a co-lead vocalist on several tracks of the band’s first, eponymous, album, which hit #3 on the Billboard albums chart and spawned the Top Ten single “I’ve Got A Lot To Learn About Love.” Despite this success, their second album, recorded in 1993, was shelved, due to the industry’s shifting focus to favor rap and alternative music audiences. It finally saw limited release in 1996, and in 1998, Rolie and other former members of Santana, including Neal Schon, briefly reunited as Abraxas Pool, releasing one eponymous album.

When Schon left to lead a re-formed Journey later that year, Rolie and Ron Wikso began work in 1999, on a Gregg Rolie solo CD, titled “Roots”, which eventually led to the forming of the Gregg Rolie Band. Besides Rolie and Wikso, “Roots” featured appearances by Neal Schon, Alphonso Johnson, Dave Amato, Adrian Areas, Michael Carabello. The Gregg Rolie Band saw Kurt Griffey taking over guitar duties and the addition of Wally Minko as a second keyboardist. They recorded a live CD at Sturgis called “Rain Dance”, which was released in 2009. 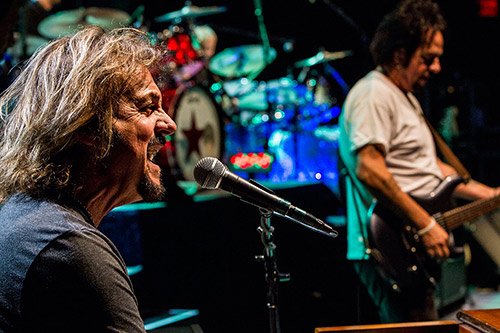 In 2010, Rolie released “Five Days” and subsequently formed a duo with Alan Haynes, which eventually led to the formation of the Gregg Rolie Quartet, with the addition of long time collaborator / drummer, Ron Wikso and bassist Evan “Sticky” Lopez.

In 2012-2014 he toured as a member of Ringo Starr and his All Starr Band performing Santana hits Black Magic Woman, Evil Ways and Everybody’s Everything. The band also included Toto guitarist Steve Lukather, Todd Rundgren, Richard Page, Mark Rivera and Gregg Bissonette. On February 2nd, 2013 Carlos Santana confirmed that he would reunite his classic lineup, most of whom played Woodstock with him in 1969. Santana said of Rolie, “I’m pretty sure Gregg’s going to do it.” Speaking in 2012 of such a reunion, Rolie told Radio.com “it’s just a matter of putting it together and going and doing it. I would do it. I think it’s a great idea. People would love it. It could be great!”

Philanthropy
Gregg is a proponent of music education for children. In 2005, he signed on as an official supporter of Little Kids Rock, a nonprofit organization that provides free musical instruments and instruction to children in underserved public schools throughout the U.S.A. He sits on the organization’s Honorary Board of Directors.